Realme also launched the Realme Buds Q today for ₹1,999, you can check out the prices and specs Click here

Talking about super speed, setting a new milestone in performance metrics, #realmeX3SuperZoom is powered with a Flagship Snapdragon 855+ Processor, making it the most powerful smartphone with Snapdragon 855+. #60XSuperZoomSuperSpeed pic.twitter.com/42ulNlsqby

Rear Camera: The device sports a quad-camera setup consisting of a 64MP which can offer an optical zoom of 5X and a digital zoom of 60X, which means you can zoom 60 times. primary sensor paired with an 8MP periscope lens, an 8MP ultra-wide-angle lens, and a 2MP macro lens.

The Trendsetting Camera of #realmeX3SuperZoom, with its unique specifications is surely one of the most powerful camera phones in its segment. #60XSuperZoomSuperSpeed pic.twitter.com/kgINuIBICg

The phone is powered by a 4,200mAh battery which also gets a 30W fast charger and runs Realme UI based on Android 10 out of the box.

Realme X3 is budget offering but it also comes with the Qualcomm Snapdragon 855+ processor.

X3 has exactly the same specs as the X3 SuperZoom except the 32MP front camera has been replaced by a 16MP camera.

The Realme X3 also comes in the same two colours as the Realme X3 SuperZoom – the Arctic White and Glacier Blue. 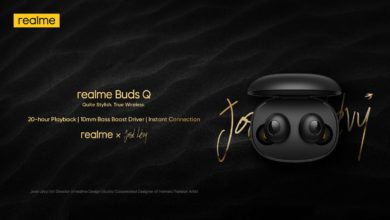