Apple announced a ton of new devices and features today at its September hardware event, but no word on its upcoming iPhones. That’s expected later in the month, maybe next.

As rumoured earlier, Apple has announced its new fitness service, designed around the Apple Watch. It’s called Apple Fitness+ and will cost $9.99 per month, or $79.99 per year. The service will offer workout classes spanning many categories, including cycling and yoga.

The new Family Setup option lets families stay connected, even when some members of the family don’t have an iPhone. It also comes with a family tracking feature, which lets parents make sure their kids have checked into school or sports practice.

The iPad Air (2020) was also launched during this event. This iPad has a bigger 10.9-inch Liquid Retina display with a 2360 x 1640 resolution. This iPad has a single 12-megapixel rear camera. One big feature here appears to be the integration of the Touch ID fingerprint sensor into the power button on the iPad Air (2020). The iPad Air (2020) has the new 5nm A14 Bionic chip, which is expected to ship with the iPhone 12 series too. Apple says it has a 6-core CPU, a new 4-core GPU architecture, and a 16-core neural engine and Lightning port have also been switched out for USB-C.

Apple announced a new eighth-generation iPad that has the same design as its predecessor, with the big top and bottom bezels and a Touch ID button on the front. big upgrade over the A10 that was powering the older iPad. The A12 Bionic was first seen on the iPhone X series. The iPad 8th Gen also supports Apple’s Smart Keyboard cover and Apple Pencil.

Google Pixel 4a Specs and Price in India 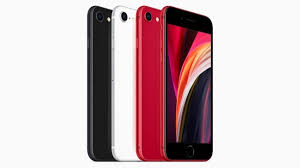